Life is ancient beyond easy understanding. Before the eldest elves walked the forests, before the great ancestors of the dwarves tunneled deep, before any god any sane being can name had been formed from the swirling protodivine energies of the outer planes, beings lived, thought, and died upon the uncounted material worlds. On occasion, some record of their existence remains…

The Paleoarchs, the “ancient kings”, lived at a time when nothing could live on land, when the surface of the world was a hellish waste. In the great depths, in cities so lost and ancient that not even the sahuagin imagine they existed, dwelled creatures of an utterly alien nature. Little is known of them except what might be inferred from the handful of relics recovered. Such items are found preserved in volcanic rock or layers of sediment from the earliest days of the world, exposed after untold epochs to those who dwell now upon the planet and consider themselves its true inhabitants.

One such item, coveted and feared in equal proportion, is the Helm of the Paleoarchs. 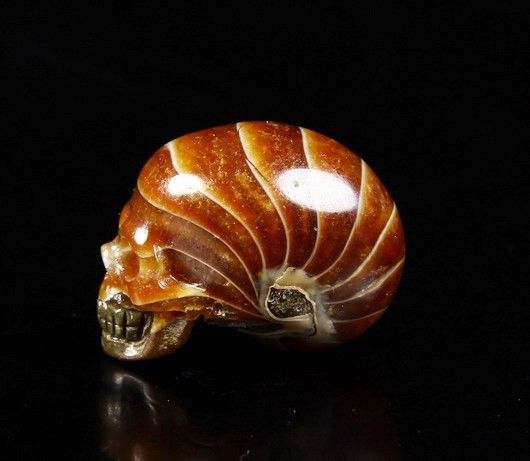 The Helm Of The Paleoarchs

Resembling the desiccated, yet brilliantly polished (no matter how long it lay buried in its prison of stone), exoskeleton of some insect, it is roughly the size of a humanoid skull, and can be used by any creature of small size and up. The underside of the Helm is lined with dozens of segmented tendrils, much like legs, each terminating in a burst of fine cilia. When held by a living being, it feels oddly warm, and the under-legs wriggle slightly. The holder will hear odd sounds, whispers and muttering, and may have momentary glimpses of scenes not easily described or recalled… great cities of unknown shape, formed from gargantuan, partially living, nautiloids and orthocones…. figures like segmented worms standing on their tails, manipulating incomprehensible tools with a half dozen chitinous limbs.

When the helm of the paleoarchs is worn, the writhing under-limbs instantly and irrevocably drill into the skull until they reach the brain, whereupon they explode into thousands of nerve-like fibers that weave throughout the consciousness of the wearer. The effects of donning a helm of the paleoarchs are as follows:

The wearer will never voluntarily seek to remove the helm. If it is involuntarily removed, the wearer will suffer 3d6 points of normal damage and 2d4 points of Intelligence damage as the tendrils are violently ripped out of their skull, taking a goodly amount of grey matter with them. (Outside of combat, a DC 10 Strength check is needed to remove the helm; during combat, a successful disarm maneuver must be performed, bare-handed.)