Honestly, Not Picked Because of Disney’s Announcements 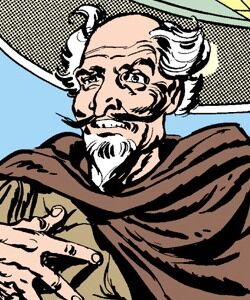 Not My Character, But An Inspiration

So, some things: Today’s slice of time is really short, so I needed something very rules-light. And the original WEG (West End Games) Star Wars is one of my favorite systems, and is one of my go-to games for introducing people to roleplaying: Character creation is easy and the setting is part of our collective unconscious. It was only when I started to actually write that I realized today is also a day when Disney announced a whole slate of new Star Wars TV shows. I can imagine the boardroom conversations:

“So, what’s our highest-rated show?”

“Well, it’s full of new characters, in an unexplored time in the lore, and shows us parts of the Star Wars universe we’ve never seen before.”

“Fresh and original, eh? Great. Give me ten more just like it!”

But enough of that. Let’s set the wayback machine to 1987. I’d just graduated college, Star Wars was celebrating its 10th anniversary, there were a tiny handful of spinoff books, sporadically released, and I think the comic was on its last legs if it hadn’t been cancelled yet. It was a sufficiently low point for the franchise that a tiny little game studio could grab the RPG rights, not that anyone at LucasFilms knew what an RPG was. As it turns out, this would be the beginning of a new dawn for Star Wars, and a lot — I mean, a lot — of stuff that first appeared in the RPG became beloved canon later. So much of what’s become just part of the background noise of the setting began here. The organization of the Empire, how blasters worked, how Han Solo could reach a different star system with a broken hyperdrive, Interdictor ships… and that’s barely the start of it.

However, as noted, I face limited time, so, let’s get’r’done!

OK, the first thing you do is pick a template. This is the best part of the game design for letting new players experience character generation without being overwhelmed. There’s a selection of almost complete characters which are strongly archetypal, give you good roleplaying hooks, are instantly comprehensible… and which can grow in almost any direction from that initial point. Later books added many new templates, some great, some… well, Sturgeon’s Law exists for a reason, you know.

Some of the more obvious templates include Bounty Hunter, Brash Pilot, Smuggler, and Gambler, but there’s also Armchair Historian, Retired Imperial Captain, Alien Student of the Force, and…. Quixotic Jedi.

Aw, hells yeah! Now, this guy clearly predates the game, but this was my favorite story in the Marvel Star Wars comics, especially since I was 14 and had seen neither The Seven Samurai nor The Magnificent Seven. I would be very surprised if this was not an inspiration for the template.

“Sense” is the beginning of Force powers. There are three Force skills: Sense, Control, and Alter. Different specific uses, like Affect Mind (“You don’t need to see his identification”) or Telekinetic Kill (“You have failed me for the last time, Admiral.”) use one or more of those skills. Most force-using characters begin with Control; I start with Sense since I’m self-taught.

So, let’s think a bit. I’m going to go against type — instead of some old fogey lost in past glory, my character… hm… need a Star Wars name… Avar Gren sounds good… is a young man in his 20s, who, in his early teens, found a cache of old holonovels and pop culture entertainments about Jedi, one the Empire would pay handsomely for turning in… or execute you for not doing so. His youthful imagination was fired by those tales of derring-do, 99% of which bore no resemblance to reality.  Eventually, the Empire did find his hidden library, but they wouldn’t have connected him to it… except that he went a little nuts when he saw them torching the building it was hidden in and actually killed an Imperial officer with his duelling sword, see right. He was able to get away and leave his homeworld, and now, he seeks out the Jedi Master he knows is out there, calling to him. Sometimes he almost hears their voice… or maybe he’s just off his meds.

Let’s kick sense up to 2D. He managed to escape a firefight, so, he probable has Climbing/Jumping at 4D. He did kill a man, so, Melee at 4D+2… no, let’s split a die, and add 1d+1, bringing it 5D. This gives me two +1 pips, stick one into Melee Parry (now 4D) and 1 into Knowledge: Pop Culture, for 2D+2. (You can make up knowledge skills with the GMs approval)

I would really love to play him someday.