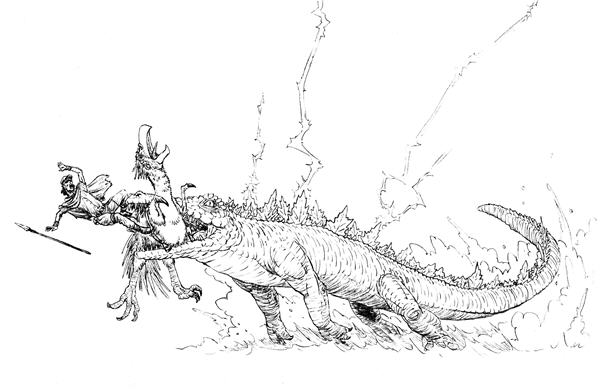 Man, it took me a lot longer to write those words than I’d ever imagined it would.

Anyway, at long last, here’s the Heroic Tier Beta for Earth Delta (there’s still some higher level stuff in there, but it’s 90% of so for levels 1-10). Earth Delta is Lizard’s take on classic Gamma World style roleplaying, using the current Dungeons & Dragons Fourth Edition rules as a base.

By “Beta”, I mean, “I believe the main mechanics have been tested enough that there’s not going to be any radical, ‘rip everything out and start over’ changes. There will certainly be small adjustments to powers, to items, to mutations, to darn near everything, but they’ll be on the level of errata, not system replacements. Because it’s “Beta” and not “Release”, there will be a good number of them.

The next major phase, which mostly means “After GenCon”, is of course Paragon Tier, as well as updating all the monsters to the new MM3 standards.

Then Epic, of course.

In the process, I expect to add in lots and lots of Mo0r Stuph, especially technological items.

Also, look for (probably in the next Beta release), something which will make using guns a lot more attractive for classes which aren’t Rangers. I can’t say more because I don’t have much more than a nascent idea.