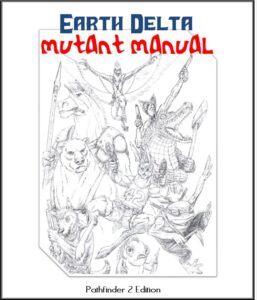 Well, my original plan was to release Alpha 2 when levels 6-10 were done. But, you know, the best plans to get laid, etc., oft go agley. Whatever “agley” means. I really keep getting back to the idea of making the base solid, and while it’s still kinda mushy, it’s more solid than it was. So that’s something. And there is some higher-level stuff in there, to show how the system starts to scale up.

What else is there? Glad you asked, imaginary readers!

Mutations. They’re likely to revert back to my older “mutation point” system for better balance, esp. w/uplifts who get de facto “free” mutations. This gives me more flexibility to make some animals more equal than others. Also, more of them. You can never have enough mutations in a game like this.