The harvesters are the most commonly encountered Underdwellers, as they must venture near to the surface to retrieve the newly buried before the meat is lost to rats and others. Their claws are rich in painful pestilences, and they are expert at hiding in the shadowy niches that fill the twisting catacombs. Despite their gaunt appearance, they are surprisingly strong. 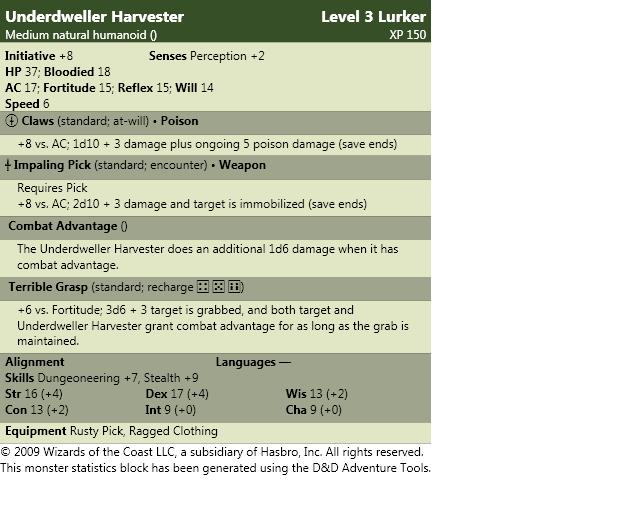 Harvesters travel in groups in order to bring back as many corpses as possible. If they hear the updwellers approach, they will hide and then attack, bringing especially fresh meat back to their clan. Often, one will use his Terrible Grasp on an enemy when the others are best positioned to attack. The Impaling Pick power is mostly used to deter pursuit or to hold back one foe while they swarm another.