As Seemingly Required By Law

So, my first Kickstarter is done. I beat the odds in several ways… it was funded. The product was produced, if not 100% on time, at least mostly under budget. (That is, I paid for all expenses out of the money raised…. with the exception of paying myself for the time involved. At the end, after expenses, I “earned” approximately $0.75/hour, or 1/10th minimum wage.)

So what have we learned?

Writing The Book Was The Easy Part

You’d think actually producing the core product would be the biggest hurdle, and after that, it would all be gravy. Well, that’s not the case. I found this experience an object lesson as to why any argument to the effect of “Dude, publishers and producers and agents are all just parasites feeding off the creative soul! Eliminate the middleman! Fight the power!” is total bull bagels. You know why middlemen exist? Because the skills and knowledge involved in turning a word processor document into an actual book are not instinctive, and time spent on that process is time spent not doing anything creative. I’d estimate it took almost as much time to handle the post-writing work as it did to write the book. Fortunately, a large chunk of that time was learning curve — it will go more smoothly next time. Yes, I’m stupid enough to think there will be a next time.

Figure Out The Art Early

One of the major delays was getting the art done. Some of this was due to Life Happening on the part of the artist, which is unavoidable and in no way his fault — my own current situation is ample proof that the universe is going to kick you in the balls and then shove you off a cliff at the worst possible time. Another part of it was due to me not knowing what scenes I wanted illustrated… or even what scenes would be in the book… until I was done writing it. Ordering art earlier in the creative process runs the risk of being locked into story elements you might later decide to change, but ordering it later means everything is delayed.

Another exciting discovery was that the costs of a book increase dramatically with page count, and that page size reduces page count — and thus cost. The reason so many self-published or small-press books are 6 x 9 is because that’s an optimal point between increasing cost-per-page due to larger pages, and increasing page count due to smaller pages. However, if your art was commissioned at a different height/width ratio… it won’t fit properly. And if you’re running really late getting the book out, you have to bite the bullet and deal with things that aren’t perfectly sized, cropping or scaling and hoping for the best.

Margins matter. Font size matters. Headers/footers, page numbers, and making sure things look good when viewed in a double-page spread as a print book, not just as a scrolling PDF, matter. Some fonts don’t embed properly. These are all things I didn’t know, and had to learn, and each one added to the delays in getting the books out. (And I shall be honest — the final print copy was “acceptable”, not “perfect”. The kerning is a bit off. The inner margin is too narrow. It’s well within the bounds of “readable”, but it could be better, and now I know.) 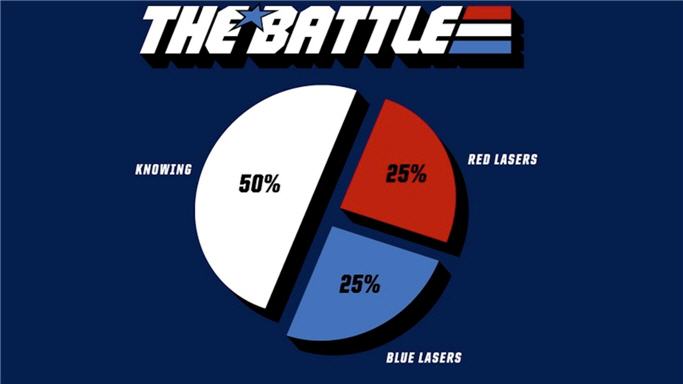 “Now I know! And knowing is half the battle!”

I figured the only program I needed to know how to use was Word. Bwaahahah! One of the things I learned was that I needed to learn image-editing and image-conversion software… which I didn’t own and didn’t have time to learn. Fortunately, I did have skilled friends who took pity on me. They probably won’t take pity on me a second time, so I  either budget money to pay people for their hard-earned skills and talents, or I budget time and money to learn this stuff myself. 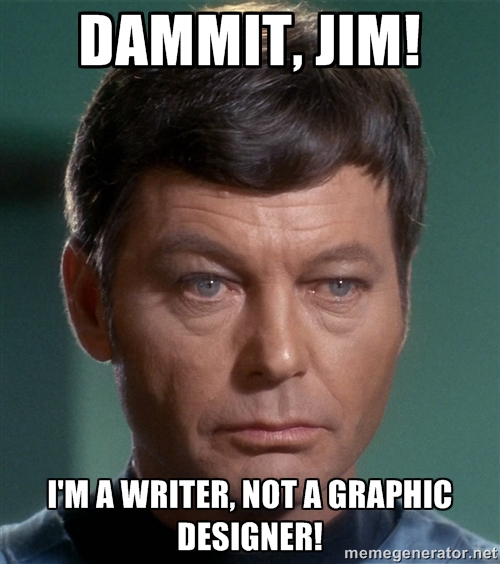 I have  very little graphic design sense. Contrary to grade school philosophy, people can and do judge books by their covers. Even with good art, the total design — font choices, placement of title and author, background — had to be good enough to say “This book is professionally written.” Is it logical to judge the quality of the words by the layout of the cover? Somewhat. Just as poor grammar/spelling in a post sends the message “I don’t care enough about my point to write it properly; why should you care enough about it to consider my message?”, sloppy design and layout says, “I don’t care about how the book looks; why should you trust me to care about the plot, characterization, and editing?” So, while I had some placeholder choices for the “late beta” PDF I released when I realized there would be a long delay for the final copy, I knew it wasn’t good enough. Further, the fact the scaling had changed meant understanding appropriate design “tricks” to make the art look good despite having the wrong height/width ratio. Fortunately, as noted, I had friends come to my assistance.

Something else discovered fairly late in the process. When I was finally getting around to adding in the credits for the backers, I wanted them to look good (and also not increase the page count too much). I knew enough Word stuff to set up alternating sections with different column counts, so I could have a header listing each backer tier, and then a two column list below that, and then the next division, and so on. It did look pretty decent, all in all. Until I converted it to epub. Then it sucked. Why? Because epub and mobi (and probably all other e-reader formats) are designed to flow text across all sorts of screens. They throw away all but the most basic formatting information to allow for maximum flexibility. So, I ended up having two different files (which I have to manually maintain in parallel — if I fix a typo in one, I must go change the other, then re-export both), in order to have one version that looks good in print and one that looks good in silicon. (I understand that “real” layout tools handle this automatically, and by “automatically”, I mean “someone who knows what they’re doing can set them up to do it”.)

General Conclusion: There Is No Magic Book Fairy

Somehow, I had gotten it into my head that all I needed to do was write the book, edit it, and then email a PDF to magicbookfairy@selfpublishing.com, and that would be that. As I learned, not so much. Overall, dealing with art, layout, formatting, and file conversion issues took about 30-40 hours of time. I can probably whack that down to 10-15 now that I know a lot more about what’s required, and that’s going to get factored in to the next budget plan.