Further Down The Rabbit Hole

(I mean, it’s not like there’s such a thing as “too lame and predictable” for this blog.)

OK, when we last we left our intrepid bunny,  (who is named Hickory, just in case you forgot) I was distracted by trying to figure out why the paging mechanism wasn’t working and it seems to have been related to a backslash in the category name. Now that that’s been taken care of (I hope), I can get back to writing.

We were discussing Dexterity… well, more technically, I was discussing it and, in theory at least, you were reading it… though hopefully the new comment system will lead to a few more posts here and there… and this led to the fact you need dexterity to carry things, and that led me to go off on a tear about how the cover and interior art of the book promises one kind of game (humanoidish rabbits with at least iron age technology) and the actual rules of the game deliver something completely different, namely, a much more “low key” experience where you play a sapient but decidedly non-humanoid rabbit, the ultimate in anti-powergaming. This was way ahead of trends from the 1990s, where “munchkinism” was sneered at and the more inept and useless you were, the better. (And this led, in turn, to the trend where the game text and the game rules were horribly out of sync, a trend mostly exemplified by White Wolf, which had endless pages of black-on-dark-grey prose discussing your gloom, angst, and personal horror, and then even more pages, oddly enough far more legibly laid out, which detailed a seemingly infinite list of cool, kick-ass abilities. “This is a storytelling game of personal discovery” said the marketing, and “Here’s detailed and complete mechanics to RIP someone’s HEAD off and then SPIT down his THROAT!” said the rules. Or, sort of, the opposite of Bunnies & Burrows, which sold you this 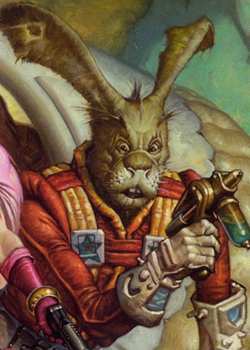 and then gave you this 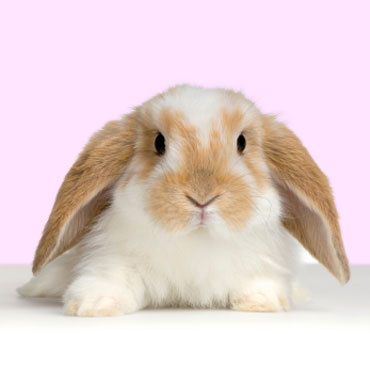 And it took me like an hour to learn enough CSS to get that to work, so, please, click “Read more” to read more!

As noted, the first use listed for dexterity is carrying things. A bag can hold 10 small items or two apples, or, I’d guess 5 items and one apple. It’s also possible for a rabbit to snag a bag while he runs, leading to many opportunities for the GM to arbitrarily state that little Loppy has strangled himself and by the time he gets free, he’ll be torn apart by the vicious hounds. With bees in their mouths.

Other uses for Dexterity include disguising yourself as a dog. Or, I suppose, any animal, such as a horse. Naturally, there’s yet another specific rule for this, with various chances based on if you’re trying to foll a low level rabbit or a high level rabbit or… uh… wait a second. Your attributes have levels; you don’t. At least, this is the first time I’ve seen a generic “level of creature” reference. Maybe it’s opposed by the target’s Dexterity level? I don’t know. As written, it seems that your skill is the only real factor in success/failure, though the GM is encouraged to apply modifiers as needed.

At this point, at least to me, it’s becoming apparent that while “attribute level” is a pretty good idea, especially for 1976, the rules really, really, can’t make up their mind what they want to do or how they’re supposed to apply. Every frackin’ thing has its own chart, table, or mechanic, and the use of arbitrary breakpoints for many of the tables that rely on the raw attribute score just makes it worse. Just flipping around, we see various tables which grant bonuses or penalties or change effects based on completely different value ranges… on one chart, the break may be from 9->12 and 13->15, on a another, 8->11 and 12->16. If you wanted to add a new rule or judge an unusual situation, you had far too many options. Do you base it on attribute level? On raw attribute? Is it a percentage chance? Is it opposed or reduced by the target? All of these mechanics are found lumped together, and there’s no consistency in where they’re used, as if the authors rolled on the Random Mechanics Table.

Pretty much, you can blame this on D&D. The first “brown box” of Dungeons & Dragons was rushed to market, and was itself a confused hybrid of the Chainmail miniature rules, Gary Gygax’s constantly in-flux house rules, and Dave Arnesons mechanics and ideas, more or less cut and pasted together, a success because of the revolutionary newness of the idea itself and the fact the game was taught mostly via oral tradition. However, when people saw an incomprehensible jumble of inconsistent mechanics, they tended to take away from it “This is how you design an RPG”, and while many early games were much more cleanly designed (Traveller, Runequest), it took a long, long, time before consistent rules became commonplace. (Even by the time of D&D 3.0, the first version to be truly “designed” in any sense of the word, you had things like clerics turning undead and concealment as a %age miss chance that broke the general rules structure.)

Alright, enough digressions on design. Back to bunnies!

Constitution is concerned with, predictably enough, with hit points, and also food and energy, holding breath, and screwing like bunnies. No, I’m not making that last one up. “Reproduction success rate” is tied to Constitution, though successfully mating is tied to Charisma. To figure out how many baby bunnies you end up with after making the rabbit with two backs, you add the Constitution of both (yeah, right, we all know it’s an unending gangbang down in the warrens) participants, then roll 1d6, then look on a chart to get a %value, then multiple that by the previously added number. So two Con 10 rabbits (total 20), can end up with between 2 and 8 babies.Two high-Con rabbits, say both 15, might end up with 12.

The next rules section is titled “Going Into Shock”. Hmmmm…

The rest of the Constitution rules cover disease, healing, and parasites, and end with a picture of a bunny wearing a cape. This has nothing to do with Constitution, and, as we’ve seen, nothing to do with the actual game. It’s really hard to avoid the idea someone just drew a whole pile of crude sketches of bunnies upon being told “It’s an RPG, kind of like D&D, but with rabbits”, and these images were pasted into the rules wherever there was a lot of blank space.

As previously noted, Charisma deals with mating, and other stuff, like persuasion and storytelling, but mostly with mating. To the great shock of no one, the Persuasion rules introduce a mechanic where your base chance is determined by your raw attribute score but then you modify it by your level. (Which, by the way, would probably be a workable and consistent system to integrate both high scores (innate ability) and high levels (training and experience) into a uniform resolution mechanic.)

Male rabbits can attempt to mate once per day during the breeding season. The prettier the doe, the harder the roll. (There is no mechanic for female rabbits to initiate mating.) It is noted that if you try to mate with another buck’s doe, it may lead to a fight to the death. It is also noted that a sufficiently attractive doe may be unable to find a mate, because if she’s too charismatic, all the local males will blow their rolls. (Did I mention that while, everywhere else in the rules, %ages are roll-under, here, the table is in roll-over format, that is, if there’s a 75 on the table, you need to roll 76 or more?)

It’s The Circle Of Lii…Professions

One fairly interesting mechanic is the “circle of professions”, which determines how likely it is for one rabbit to use their abilities on another. A storyteller is less likely to be enthralled by another storyteller than a fighter is, for example. This “saving throw” table is on top of all the other mechanics for success/failure, of course.

The remainder of the rules, a good chunk, is effectively “The GMs Section”, including mapping warrens, random encounter tables, large lists of wildlife (most of which, accurately enough, will kill and eat your bunny in one attack). As a final point of interest, a rifle at 10 yards does two dice of damage, which is the same as the bite of a housecat. Given that your average starting bunny has a great big FOUR hit points, it’s hard to complain about a lack of lethality, but since you do have bears doing twelve dice with their bite, it’s hard to understand why they limited rifles to only two, not that it will really matter. Only a very lucky bunny will survive even a two dice attack at low levels, and is never going to be taking on a bear in a one-on-one fight.

Looking back, what’s especially interesting about Hickory is that I had exactly one choice to make during character generation — my class. I rolled my attributes randomly, and there are no options, feats, picks, selections, etc, after that. Pretty much the entire rulebook, at least that part of it not dedicated to the environment, consists of telling me what my character can do. Every rabbit has (mostly) the same skills, though your class sometimes gives you access to abilities others do not get. I might even argue I didn’t have much choice of class, because unless you’re lucky enough to roll two identical high scores for your attributes, you’re really going to have only one viable “choice”.

This was pretty common back then. Original D&D was pretty much the same way, though with fewer classes and less each one could do. Prior to Greyhawk, all weapons did the same damage so there was little reason to pick a battleaxe over a short sword. Metamorphosis Alpha let you pick human, mutant, or mutant animal, then you rolled for your mutations. Traveller was a step ahead; you picked the service you wanted to join (but you might not get in), you picked which skill sub-set to roll on, you decided to continue or not (thought you might fail your re-enlistment roll), and so on.

Bunnies & Burrows was one of the earliest games to focus more heavily on non-combat mechanics, especially since your typical rabbit was likely to die if he faced anything more vicious than another rabbit… hell, with 4 hit points, he could easily die from a single attack by one of his burrow-mates (a bite does 1-6 points!). Few other games of that era devoted more space to non-combat mechanics than to combat.

I really ought to emphasize that when I note the “a different mechanic for every task” design style, I’m really not trying to go “Hur hur hur, lookit how dum dey waz!”. Creation builds on prior creation, and what’s obvious in retrospect usually wasn’t at the time. Unified or mostly-unified mechanics have a cost, after all — you need to scale everything to the same standard, and you often run into a problem of “good at one thing, good at everything”, because many unified mechanics draw from a small number of base values.

Lastly, upon rereading the text, I discover I have made a grievous error. The rabbits on page 52 are not dragging a cannon. They cocking a ballista. Well, I’m glad I discovered that, because the cannon thing, that was just silly.