I haven’t posted an update for a while. It’s been a mix of the usual — family and other related tasks on weekends — and the unusual, namely, working on a long-form project instead of on an article series. 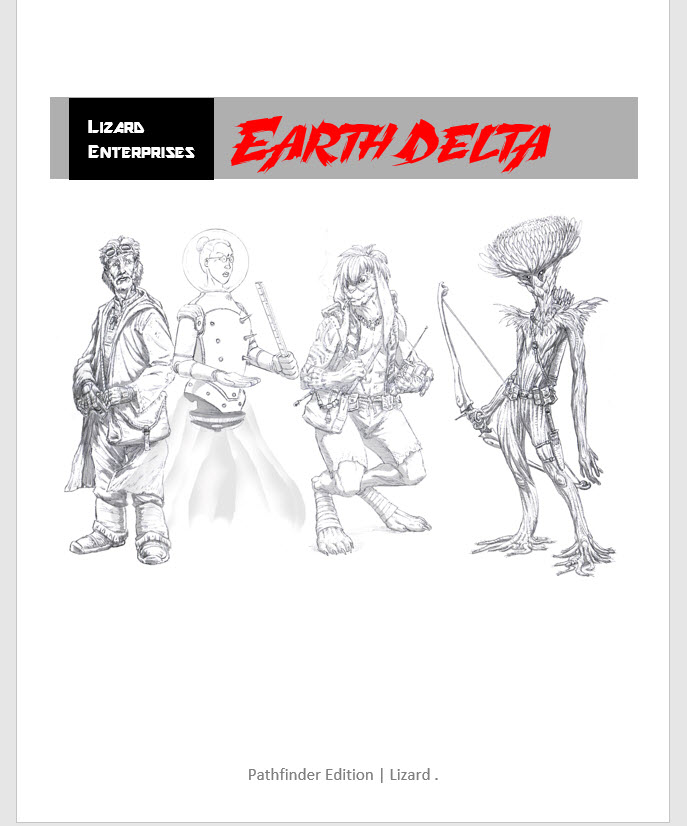 A work very much in progress…

No promises, mind you. I’m an infamous procrastinator and starter of projects never finished. But I have 4300-odd words written (some of them very odd indeed…), and some of the design issues that kept me from starting, I’ve resolved.

Focusing, initially, on mutations, and how to best model the “winged grizzly bear with laser eyes” as a starting PC in a system where characters should be front-loaded and classes define most of the key mechanical abilities a character should have. I’m happy enough with the baseline system and balancing to be working on defining lots of mutations w/out fearing I’ll need to rewrite them all completely.

Also thinking about classes, in general. I don’t want magic to be core; if you want to add it, fine, and I might include “science and sorcery” as an option, but the central game is “science fantasy” in the older sense of the word, meaning “stuff that really doesn’t make a whole lot of logical sense but which draws on tropes and themes from science”.