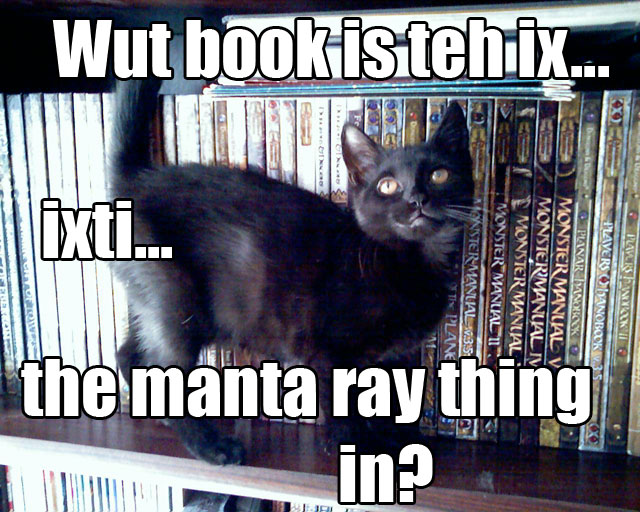 OK, with Beta 1C happily posted, it’s time to get back to work. While I have a bunch of notes on some interesting new weapons I want to add, and I need to review paragon level powers and come up with some new Paragon Paths (and maybe focus in on Techniques, mostly neglected for the past several months, and I should decide to either whip them into shape or delete them for now), I really need to begin filling out paragon-tier monsters, both as challenges for high-heroic characters and because they’re the most gaping wound in the paragon tier. Everything else at least had something — mutations, tech, powers — but if you want to run a level 15 game, you’ll be leveling up monsters or rapidly converting creatures from the Monster Manual, neither of which is entirely suitable.

So, naturally, with a desperate need for paragon-tier monsters, I spend a bit of free time while a long data processing task executes designing a trio of heroic tier menaces.