Whereas the party of the first part….

Welcome back to another installment of the walkthrough of All The World’s Monsters, Volume I, called by some “The Red Book Of The Land Of Oaks”. OK, no one calls it that. I just made that up. Because it’s red. And published in Oakland.

The backstory of this series can be found here. Let’s just get to the monsters. I’m going to get dragged off to do Family Things later and I want to get as much done in the time I have remaining. (Damn, that makes it sound like I’m dying of some horrible disease instead of going out to see a movie and do some shopping.)

Daughter Of Kali: One of a seemingly infinite number of creatures in 70s era games which existed to seduce men, steal their vital bodily fluids, and then kill or abandon them. Uhm, issues, anyone? Loosely based on Indian mythology, as if the name wasn’t a dead giveaway.

Death Angel: Surprisingly, not yet another heavy metal inspired “winged dude with flaming sword and major ‘tude”, this is a giant electric jellyfish. Because of course it is. Because Old School is totally freakin’ awesome like that. Giant electric jellyfish FTW! Credited to Keith Laumer, who is brilliant, and if you haven’t read his “Retief” series, do so.

Demon, Class I, Ice through Demon, Class III, Ice: An assortment of ice demons of various power levels, neatly categorized, classified, stamped, filed, briefed, debriefed, and numbered. A few people… stupid people… like to whine that this trope, highly prevalent in older games and still around in some today, removes “magic” and “wonder”, making everything systemic and ordered. I think this adds tremendous verisimilitude to games. If people live in a world with demons and dragons and daughters of Kali1, such beings will be sorted, ordered, named, and labeled. That’s what humans (and, I presume, elves and dwarves and halflings and sahuagin) do. Sapient beings create conceptual frameworks and reduce things to labels within those frameworks which can be manipulated mentally. (If you have ever read actual books of medieval demonology, you will find they are, in fact, full of this sort of thing, with everything sorted into orders, bands, hierarchies, choruses, and what-not, with very exact numbers (usually of mystical or philosophical significance) of each.)

Dorohime: A jellyfish with a ring of eyes and squid tentacles which is a “petty” devil (although it’s classed as a demon, go figure), that is sometimes employed as a treasure guard by assorted abyssal creatures. When killed, it explodes in a fireball. Things that explode when killed were pretty common.

Dragon, Chrome: Well, of course there have to be new dragons! For every adjective, there must be a dragon! That is the law. This one… well, read it.

Turns Into Any Mechanized Item. Take That, Six-Shot!

I am particularly enamored of the references to high level spells that are not otherwise listed, defined, or explained. (And to keep beating the deceased equine, let us note no mechanics are provided for the “irritation” or “sleepiness” caused by the breath weapon.)

Earth Mole: A “minor sort of earth demon”, filed under “E” for “Earth” instead of “D” for “Demon”, it is an albino mole with pincers and a paralysis gaze.

Ebon Doom: A “demon of the outer darkness”, also filed under “E” for “Ebon” instead of “D” for “Demon, Outer Darkness, Doom, Ebon” the way it should be. (This is what happens when a game predicated on whimsy and wonder is played primarily by the kind of people who, in 1979, were programming computers to store their monsters. People like me, in other words.) Where was I? Oh yes. The Doom, Eb… I mean, Ebon Doom, looks like a “mindless energy field”. As opposed to looking like an intelligent energy field? Huh? 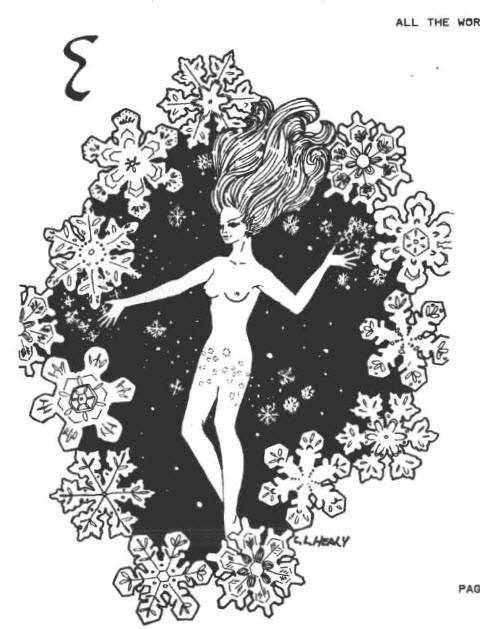 Evil Shark: Not “Shark, Evil”? Son, I am disappoint. The ghost of a low level evil cleric, it is found at depths of 80 feet, in thin seaweed. Not at 75 feet in thick seaweed! That is the domain of the Evil Crab (aka Crab, Evil, and no, I’m probably not going to stop beating this joke until it too dies and becomes some form of undead sealife), the ghost of a mid level druid! We won’t even discuss what you might find at 90 feet in no seaweed! Your mortal minds cannot grasp the horror!

Ezwal: 2000 lb furry blue carnivores, with six legs. Hates machines, likes other ezwal. Based on a story by A. E. Van Vogt. Has “frost giant strength”. Should have been filed under “Ezwal, Blue”.

Falcon, Fire: See! Someone got it right! It’s a falcon. On fire. Only called out as notable because it fits what’s evolved into a running gag for this installment. Remember my motto: “Mrlizard.com: Free and worth it!”

Fiink: An intelligent.. quoppina? What the smeg is a quoppina? (Back from google.) Ah, it’s a kind of bug things from one of the Retief books. I should have remembered that. However, as a description in a general monster book intended for a wide audience, it’s a bit… lacking. Imagine if a monster was described as “a giant green Puppeteer” and readers didn’t know anything about Niven’s Known Space books. The default mental image would be… interesting.

Flapfrog: This is a giant (“elephant sized”) frog with wings that allow it to glide, but not actually fly. So, wait… if it glides on them, it doesn’t flap them, does it? You don’t flap to glide. This is clearly a glidefrog, and should be under “G”. Or perhaps under “Frog, giant, gliding”. Either works.

Flat: A chameleon-like blanket on the ground, which will disguise itself as whatever it’s lying on and then smother anyone who walks over it. Old School, where everything tried to kill you. Based on a story by Manly Wade Wellman.

Gargoyle, Stone: Erm… as opposed to all those gargoyles made of vanilla pudding?

Geteit Chemosit: Gesundheit! This is an eight foot tall black automaton with three yellow eyes, wielding a “force axe”. If it kills you, it will remove and destroy your brain, “making resurrection impossible”, never mind that an intact brain was not required for such spells. The original raise dead (white box) and raise dead fully (Greyhawk) only discuss time limits, not corpse quality. Later editions added various other limits, but never specifically an intact brain, to my recollection (and I’m feeling too lazy to go haul out my AD&D 1e, 2e, 3e, etc. books to research this for the sake of the 3 or 4 people who might be reading). Also based on an SF story, this is from “Pastel City” (otherwise known as “Virconium”) by M. John Harrison. Unlike most of the various “based on” monsters so far, this is both a story and an author with which I am wholly unfamiliar, but apparently he’s quite well established.

Goblin, Glass: A silicon goblin… siloblin? Something. Anyway, a surprising amount of space is dedicated to its reproductive rituals:

Golem (Diamond, Dust, Glass, Gold, Green Slime, Ice, Quicksilver, Radium(!), Tar, Wood): Yeah. Lots-o-golems. Some were referenced or described in the Arduin books; some weren’t. I will pick only one as a sample…

I Googled “Critical Mass Of Radium”. Now I’m On A Watch List.

As it turns out, radium doesn’t have a critical mass, but I think any GM worth his salt would severely punish a magic user who piled up 600 lbs of radium and didn’t think about proper containment… oh, and seriously punish a magic user who did take such precautions, on the grounds it was the use of out-of-character knowledge. That’s how we kicked it, old school! (The player might, in turn, argue that a “Manual of Radium Golem Creation” will include all the necessary safety measures. That argument’s strength is in direct proportion to the quality and quantity of General Tso’s Chicken provided to the GM.)

Gondor: Has no king. Needs no king. Easy walking distance from Mordor, despite the travel advisories. Also, a gondor is “a winged man with thievish capabilities”, which has telepathy that only works on fighters, giving it an AC of 2 when fighting them, but 9 otherwise. How this works when dealing with multi-class or dual-class is not specified, of course. (I’m trying to back-parse the name; if we figure ‘condor’ was part of it, it sort of makes sense, except I can’t link ‘thief with suspiciously specific psychic powers’ to any word starting with ‘g’.)

Gremlin, Gnarled: What has three arms, four legs, cannot see (but has sonar), and attacks elder gods and demons? Uhm, if you have to be told it’s a “gremlin, gnarled”, when it’s kind of there in bold face text, maybe RPGs aren’t the hobby for you. I hear collecting barbed wire is coming back as the next hipster craze. Try that. Oh, it has a pearl which, if placed into a staff, creates a staff of wizardry with 50 charges. (Y’know, a barbed wire golem is a pretty nifty idea, especially if you’re doing a modern era or “Weird West” type game… )

That brings us to the end of the “G”s. Tune in next time, where we will start off with the hairy howler. (If you know what I mean, and I think you do… wink wink, nudge nudge… you know, the nine foot man/baboon crossbreed from “Hiero’s Journey” by Sterling Lanier. Why? What were you thinking of?)

1There is also a “Daughter Of Kali, Elder”. Case closed.